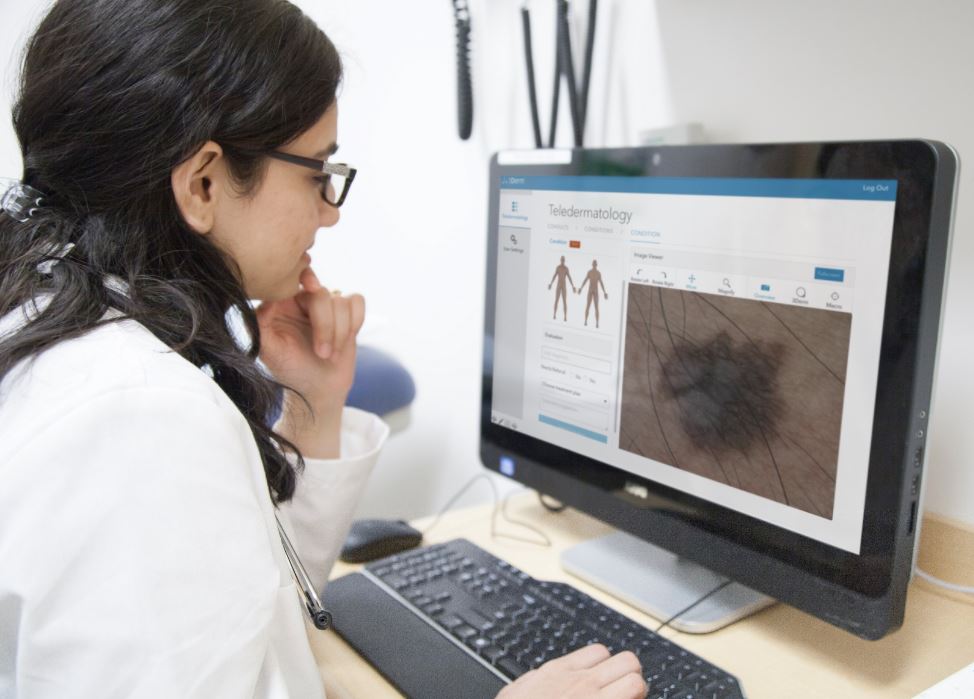 We’re not going to create thousands of new dermatologists any time soon, so we need to make sure we’re using the dermatologists we have as efficiently as possible.

According to a 2014 survey by Meritt Hawkins, the average wait times for seeing a dermatologist is about 28.8 days, with some cities like Boston averaging 72 days.

The answer may simply be that there just aren’t enough dermatologists. Dermatology residents are capped at about 440 per year, while demand for dermatologists is growing due to our aging population and increasing awareness for skin cancers. In densely-populated urban centers like New York, Boston, or LA, there seems to be an over-saturation of dermatologists; but rural cities is where the shortage is most heavily felt. In rural areas, one dermatologist may serve several counties. Another problem is that many dermatologists may opt to see more cosmetic patients undergoing expensive procedures like Botox or laser treatments, over medical dermatology patients requiring skin checks for cancerous moles.

How teledermatology steps in

Telemedicine like teleradiology or teledermatology aims to meet patient demands by bringing health care access to patients who would otherwise not have affordable or easy access to physicians.

The story of 3Derm

Last month, I had the privilege of meeting Elizabeth Asai and learning about her start-up, 3Derm, a promising foray into the field of teledermatology. Her start-up centers around a 3D imaging device that takes images of skin moles or rashes and uploads them to a cloud server that is later read and evaluated remotely by certified dermatologists.

What started as an engineering project back in her dorm room at Yale has now raised over $2 million in funding. This year, they wrapped up a large clinical trial with 350 patients that showed that remote dermatologists using 3Derm technology are just as accurate as in-person dermatologists in detecting cancerous vs non-cancerous moles.

Tell us a little about yourself!

I studied biomedical engineering in college and originally was on the pre-med track. When I would shadow doctors, I loved interacting with patients, but was always fascinated by the medical devices. As I started working on the engineering projects that eventually became 3Derm, I realized I was more passionate about building health-tech than becoming a doctor.

What inspired you to start designing teledermatology imaging devices?
Back in 2010, my engineering team was working on a surgical probe that would take 3D images of tissues and allow surgeons to virtually “feel” a tissue. We were a few months into building a prototype when we heard about a competition that awarded large grants to teams working on primary care innovations. Since surgery didn’t quite qualify, we started thinking about other applications. My co-founder (now 3Derm’s CTO) and I had both done skin cancer research previously, so we knew a bit about the dermatology space and the growing access issue for patients. We paired up with a dermatologist at the Yale School of Medicine who wanted to increase access to dermatology by virtually recreating a remote patient’s skin concern. Our goal was to adapt our 3D imaging technology to take really good 3D images of the skin’s surface and attain an equivalent diagnostic accuracy to seeing patients face-to-face. That was in 2011 — five years and three clinical studies later, we actually went live on the market!

How does the device work?
We take a stereoscopic 3D image, which is the same technology behind 3D movies. When a dermatologist sees a patient in-person, it’s easy to see things like depth, elevation, and texture features because they benefit from having a 3D view. We wanted to recreate that perspective. Beyond just the 3D capabilities, good teledermatology optimizes the image quality while standardizing as many variables as possible to track a specific condition over time. On top of that, skin is surprisingly hard to image well — there’s a huge color variation on one person’s skin alone, not to mention the variation of skin tones among our population. It’s also highly reflective. Tackling each of these imaging challenges and validating each step with clinical studies was difficult, but worth it in the end.

How accurate or reliable is 3Derm imaging?
We are as accurate as an in-person dermatologist in detecting conditions that require in-person visits and screening out patients that do not require in-person visits. In our clinical studies, all patients were seen in-person by a dermatologist and imaged with our system. The images were passed on for review by dermatologists who had not seen the patient in-person. Then we compared decisions on whether the patient needed to be seen in-person, and checked these decisions against the histopathology. It’s a rather rigorous way to measure teledermatology accuracy, but the easiest way to answer the blunt question we heard throughout the years: if my dermatologist uses this system, will he/she miss more skin cancers? After the last round of R&D, we were finally able to say with statistical significance that he/she will not miss more skin cancers. Those results allowed us to go to market.

How do you think 3Derm will change the future of dermatology and medicine?
Our ultimate vision is that patients get near instantaneous feedback on their skin concerns. There is so much exciting research on new and improved treatments for melanoma and other dangerous skin conditions, but a lot is still dependent on detecting a condition early. We want to be a part of the effort to make that detection happen.

As a young woman doing a start-up, did you face lots of skepticism from investors when you were initially trying to pitch the idea?
To give you an idea of how quickly the health tech scene changes, when we were initially pitching the idea, Theranos was still in stealth mode – so they weren’t even part of the equation yet. There was of course, some healthy skepticism from investors about our young founding team — I think they were justified in determining if we were committed enough to stick with a project in a space as tedious and uncertain as healthcare. But at the end of the day, it’s about building relationships with investors who share our mission and trust that we have the maturity and advisory team to be successful in this market.

How easy or difficult has it been to get dermatologists to work with you?
Thankfully, fairly easy. Dermatologists recognize that it’s hard for new patients to get an appointment and the physicians we work with really want to fix that. We’re not going to create thousands of new dermatologists any time soon, so we need to make sure we’re using the dermatologists we have as efficiently as possible. We partner with dermatologists to make sure they’re compensated fairly for the teledermatology work they do and work at the top of their license — seeing fewer age spots in-person!

Should we worry about robots taking over medicine?
No. I think automation can replace specific tasks completed by humans today, but with such a high demand for a variety of physicians, that might be a welcome change to aid in physician shortages.

What’s it like working at 3Derm?
Every day is a bit different since we might be bringing prospects in, running out to a client site, or traveling to a conference. The organized chaos is definitely part of the fun, but we really strive to make sure we all have lives outside of the office.

What’s next for you guys?
We’re expanding to a number of regions this year and opening up some new product features that we’re pretty excited about. Stay tuned!