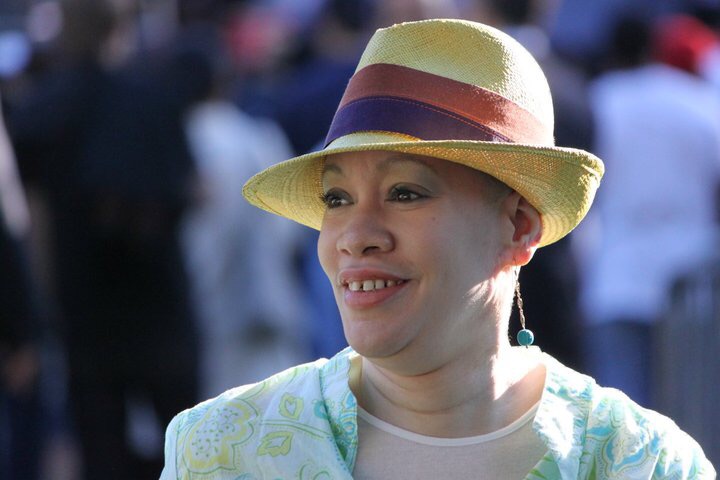 My last visit to a dermatologist was funny and sad at the same time…I called and asked if the doctor was knowledgeable about vitiligo and they replied yes. Well they knew next to nothing…They acted like fools and my husband and I laughed all the way home. It was like they had never seen anything in their life like vitiligo and they acted that way as well.

Vitiligo is a chronic skin condition in which the body’s melanocytes, the pigment-producing cells in our skin, are destroyed. Melanocytes secrete melanin, which produces our natural skin color and darkens our skin during sun exposure. The destruction of melanocytes produces white patchy areas or macules on our skin.  The condition is actually fairly common, as an estimated 0.5%-1% of people in the world have some degree of vitiligo. Although the condition is not life-threatening, vitiligo can cause severe psychological and emotional trauma for the patient. For some patients, the white patches can remain stable and inconspicuous, but for others, the patches can quickly spread and cause global depigmentation throughout the body.

As a future clinician, it was moving for me to hear the stories of vitiligo patients and gain insight into how a disease is experienced from the patient’s perspective. Throughout the night, members shared their most painful sentiments:

“They call it ‘Michael Jackson’ disease.”
“Kids think it looks like an infection.”
“I don’t recognize myself in the mirror.”

Too often in med school, we are stuck in our textbooks and can tell you the pathogenesis and molecular mechanisms underlying a disease from hours of cramming. But ask us how the patient feels riding the subway with patchy skin or tries to hide their vitiligo from coworkers, and we don’t have a good answer. We cannot truly understand a disease until we can appreciate what it is like to live through it.

Tell us a little about who you are.
My name is Patricia Rossy, and I am 59 this March 21st. I am married, I have three great sons and eight grandchildren. I have no siblings from my mothers. I developed vitiligo in 1997 with a spot on my right elbow.

What was your first experience with vitiligo like?
When I noticed the white patch on my elbow. It was because it itched all the time and my mother told me to stop scratching, and that I would take my skin off and there the journey began. I went to a dermatologist and waited for 35 minutes to be told I had vitiligo and that there was nothing to be done. So I had to learn about this thing called vitiligo on my own.

How did the condition progress?
From 1997 to about 2004, the progress was very slow. I did a good job of hiding it from ordinary people. The vitiligo didn’t show in places like my face and arms so I wore clothes to cover the spots. But when I went on vacation, I didn’t care at all. But in 2005, I had minor surgery and the vitiligo started to spread like a field of daisies. I was exposed.

Did you face any discrimination at work?
I didn’t feel it.

What was most challenging about dealing with vitiligo?
The most challenging was people. Let me make it plain. “Oh if you drink go-go juice you will get your skin color back.” “My cousin in [wherever], they had the same thing and they did this and over here if you do this…” It was overwhelming. Everyone wants to fix you. I never felt like I needed it.

What do most people not know about the disease?
The problem is that sometimes there is just too much information. People as well as doctors just don’t know. My last visit to a dermatologist was funny and sad at the same time. I wanted to do the total depigmentation. I called and asked if the doctor was knowledgeable about vitiligo and they replied yes. Well they knew next to nothing, and it could have been humiliating if I was not good with myself. They acted like fools and my husband and I laughed all the way home. It was like they had never seen anything in their life like vitiligo and they acted that way as well.

Tell us about how VITFriends got started.
VitFriends was born out of friendship and rejection. Valarie Molyneaux and I met on the Vitiligo Support International (VSI) website in 2005. One woman trying to encourage another. We chatted back and forth and realized we had a common factor: it was her family and my church. So we had to meet. Myself and hubby drove to Boston to make friends with a person who had vitiligo just like me. We felt love for one another instantly and that bond started. In 2007, VSI was having a vitiligo conference in VA. I told Val that she and her husband, who also had vitiligo, had to attend and they did.  So we had a grand time. We learned much that weekend and we wanted to bring that to others. We inquired of VSI [how we could start a group] and we got somewhat rejected. I believe it was free we would take people from them. So we started asking people if we had a meeting would they come. And in 2009 we had our first VITFriends meeting in Boston at the Ramada Inn in the breakfast area. The birth of vitiligo awareness began.

What’s been the more rewarding aspects of your journey?
Letting people know that we are not our skin. We are the people under the skin.  People come in all shapes, sizes, and all types of colors.

Do you have advice for people who are just starting to deal with vitiligo?
To remember who you are. Always know that your value is not what you look like, but who people hear when you speak. If you are proud of yourself, people will see that. There is always some type of trauma in one’s life. It’s how we react to it that makes the difference. Make no mistake, this is a journey I would never send anyone. But if you should travel this road, have a good time with it. It’s yours.

Always know that your value is not what you look like, but who people hear when you speak. If you are proud of yourself, people will see that.

Correction: March 1, 2017
An earlier version of this article stated that Patricia Rossy is the founder of VITFriends. She is co-founder along with Valarie Molyneaux.