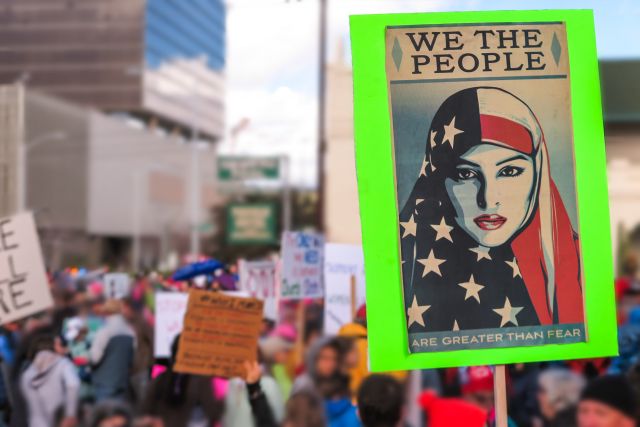 Hours after landing in New York on Saturday, a doctor at the prestigious Cleveland Clinic was forced to leave the country based on an executive order issued by President Donald Trump that bans visitors from seven predominantly Muslim countries for 90 days.  – Source

Dr. Suha Abushamma, 26, is a first year Internal Medicine resident at the prestigious Cleveland Clinic, and was issued an H-1B visa to initiate her clinical training in America. Although she is a Saudi Arabian native, she holds a passport from Sudan, and is now banned from entering the country despite having a valid visa.

The devastating plight of Dr. Abushamma is not a unique one, unfortunately. Residency programs across the nation are currently generating their rank lists for the 2017 Residency Match, a considerable undertaking that determines the fate of future doctors of America. According to the 2014 Match Data1, Non-US International Medical Graduates (IMG’s) made up of 14% of total matched residents. That’s 3,139 international residents scheduled to start their training in the US. Of those IMG’s, over 200 came from the countries on the banned immigration list: Iraq, Syria, Sudan, Iran, Somalia, Libya, and Yemen.

Under the new ban, revoked visas like Dr. Abushamma’s can take months to reprocess. The already onerous process of the residency match is now further complicated by the uncertainty of the new political climate. Unlike many jobs, residency programs are not afforded the luxury of accommodating scheduling setbacks in their residency start dates. Programs rely on their residents to begin on July 1, and interruptions can be detrimental and costly to the operations of a hospital residency program. This will force many hospitals that cannot bear the cost of employment delays to reevaluate their applicants and reject those from the banned countries.

Another caveat is that residents are, for the most part, powerless to “reapply” for another position after they are denied placement, which means displaced residents are unlikely to find another position this year under the new ban. The residency match is a stringent and binding process that largely prevents applicants from starting on a rolling basis due to the structured nature of a residency program. Many have no option but to wait another year before they can reapply.

As a medical student about to face the daunting task of applying to residencies, this new reality could not be more painful and chilling to witness. I cannot even begin to fathom the fear that international applicants face — those who have worked tirelessly for years, who suddenly find their dreams to train in America shattered by the stroke of a pen. And this does not just affect the hopeful applicants about to begin their clinical training this year. This affects all of the current doctors, students, researchers, and other vital members of our society, who have found themselves in the harrowing position of being unable to return home or see their loved ones. Much still remains to be done.

Link to donate to ACLU.

0 comments on “How the Immigration Ban Affects Doctors”